The title sums it up. I thought it’d be good to post these few Thanksgiving images before Christmas celebrations commence in just a few DAYS! Linley LOVED her squash. (We’ve since ventured on to trying out peas and cauliflower,,,among other things.) One important thing to note is that this was Linley’s very first time eating in the ASAY highchair that Tad’s dad made; which Tad and his sister also ate in when they were babes. I’ll have to post Linley’s basinet, which my mom, us’ns, and us’ns’ kids, including Linley slept in for the first couple of months. Yes, really, more on that later.

Linley and her skosh… and spoon:

oh yes, she likes her skosh.

this is hilarious, but she’s really just talking! 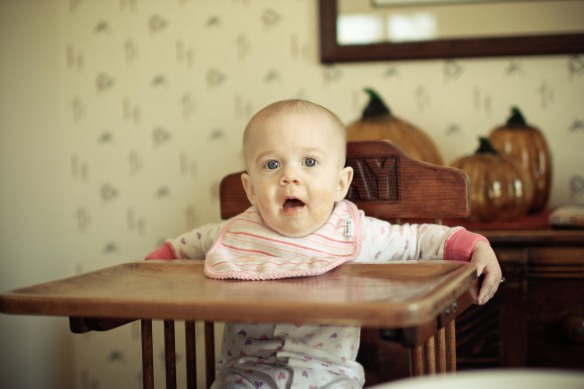 For some reason, she’ll occasionally bite down really hard on the spoon and shake a little?  If she growled at the same time I might call her a puppy. This isn’t the face she makes when she does it though. 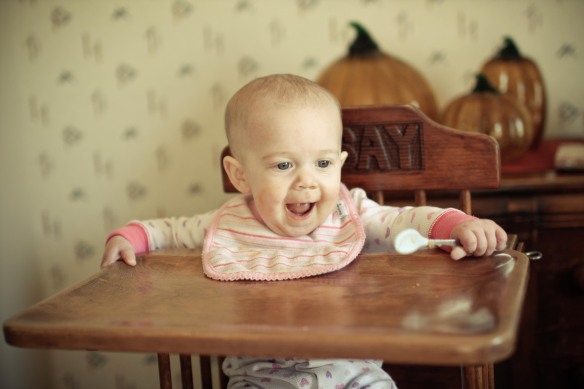 1 thought on “thanksgiving skosh and the ASAY highchair.”